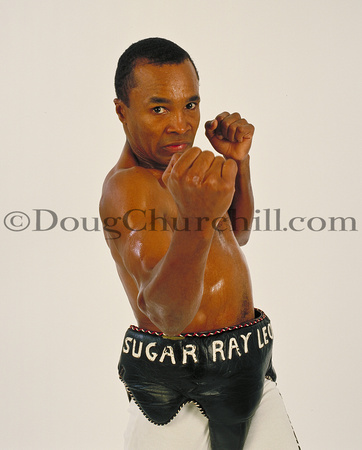 Cover and Inside color.

Sugar Ray Leonard (born Ray Charles Leonard on May 17, 1956) is a retired American professional boxer [1]. Named Fighter of the Decade for the 1980s, he is widely considered to be one of the best boxers of all time, winning world titles at multiple weights and engaging in contests with such celebrated opponents as Wilfred Benitez, Thomas Hearns, Roberto Duran and Marvin Hagler. He was named after the singing legend Ray Charles. Leonard was given the nickname "Sugar" by his wife Juanita Wilkinson.