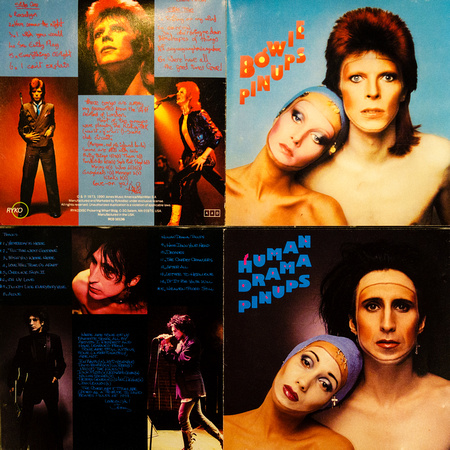 One week ago David Bowie passed away. The world has lost a brilliant artist and it's a little darker without this bright star shining. Thank you Mr. Bowie for all you left us.

In 1993 I was commissioned by Triple X Records to re-create the look and feel of the David Bowie Pinups album for the band Human Drama's tribute to Pinups 20 year Anniversary. Bowie had to clear the project, and I was told he said "Job well done" for both the album photography and music. A true honor to be a blip on this icons radar.
Doug Churchill
User Agreement
Cancel
Continue